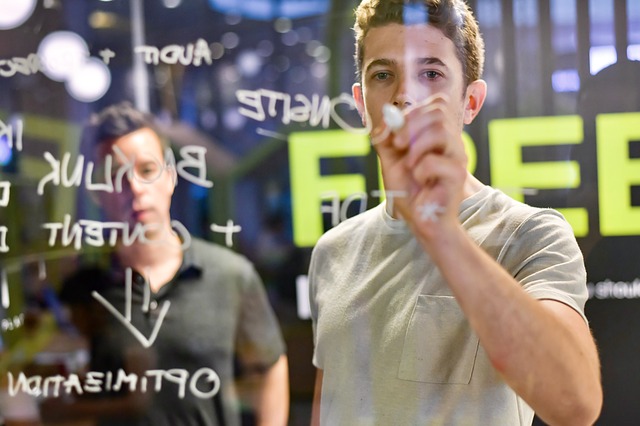 Why the global media content industry is ripe for technological disruption

The media content industry has grown tremendously over the past decade, especially with the spontaneous creation of several new platforms and the exponential growth of pre-existing platforms (Netflix says hello). In fact, despite the COVID-19 threat of 2020, the global media and entertainment market is still expected to be valued at around $ 2 trillion in 2021.

Even with the pandemic the world is fighting in, video content has grown dramatically, as has the gap between content owners / distributors and audiences. But what can we expect in an industry so large that we can actually measure it now?

Content is the universal language that binds everyone together. To stay in meaningful and constant communication, we need to improve the way we communicate. That said, it’s not enough to build the right channels and optimize the content. You must tackle the underlying issues, or all efforts will be wasted. It seems that is what some brands are already working towards.

As you may already know, the laws differ from country to country. Heck, even interstate. Due to differences in international laws and the lack of standard licensing laws, transactions take longer to complete. Sometimes the producer and the consumer disagree because of these differences. Contracts are often renegotiated in many of these scenarios, costing both parties additional time and money.

Licensing can be a maze in itself, especially with its bureaucratic structure. And the lack of standardized and uniform guiding laws stifles the efforts of content producers and the consuming public. This has led to the proliferation of mistrust between the two parties. Intermediaries seized this opportunity to act as “trustworthy” brokers and blow prices up as they see fit. Basically, they are paid to do nothing.

Confidence is everything, perhaps not all, that plagues the media content industry. The current structure makes it difficult for laws to protect the interests of end consumers and distributors / producers. The automation of contracts will, to a large extent, make the licensing process more transparent. The longer it takes to finalize an agreement, the more room for mistrust. Speaking of this disruption, a serious competitor will be the MILC platform.

What Can MILC Really Do?

This platform aims to bridge the growing gap between media producers and end consumers. They seek to become a single market for all players in the multimedia content industry, players who implement the latest technologies. The implementation of blockchain technology, analysts believe MILC could be a potentially revolutionary platform.

At first glance, it seems that their solution provides answers to the following major challenges in the media content industry:

Previously, global content licensing was mostly offline, extremely inefficient, and expensive. Digitizing this process is an industry first, and MILC could simply put appropriately shaped dowels into the holes they fit.

Experts believe that Hendrik Hey’s Welt der Wunder TV, which has been in the media business for almost 25 years, surely has the experience to innovate. But then the markets have a way to test ideas and make a choice.

As any neutral party or reputable licensing organization would, MILC also benefits the parties involved in the agreement. Since sales will be negotiated through smart contract (SC) blockchain technology, they will go much faster as the process is automated.

And with the laws guiding these contracts being double blind, that is, being done in a way where neither party is favored, no one will feel cheated. Because of these time-saving, cost-effective, party-neutral auto laws, trust is no longer necessary for transactions to happen; AI has no use for your money.

The middlemen who dragged multimedia content licenses into the pit they currently find themselves in will be knocked out of the supply chain. Unlike negotiations mediated by greedy brokers, those conducted on these newer platforms (MILC, for example) tend to benefit from a greater range of flexibility as there are usually no hidden fees.

In an industry where brokers make up to 50% of sales commissions, maybe it’s time to free things up a bit and reduce the total commission to 10%. This singular act benefits both the producers and the final audience. Producers don’t have to suffer so much because they’re trying to reach audiences.

Audiences, in turn, will not suffer from producers trying to profit by overpricing their content. So if the team behind this idea intends to create a free fair where producers and consumers of multimedia content can interact freely with minimal restrictions and lower costs, they are welcome.

The idea of ​​cutting out middlemen in the media content industry is very new. Eventually, it could get crowded, but it goes without saying that the doors to this new phase are already open.

Like many adaptations of blockchain technology, the solution shown here will in some ways resemble blockchain startups. For example, the project that we have referred to throughout this article has its native token: the Media Licensing Token (MLT). There is no doubt that many other similar solutions will arise.

However, end consumers will react accordingly as they are the ones who decide the direction of the industry. But as the market decides which technology the world should adopt, the press will closely follow the development of this industry and the trends that will dominate it.

2021 TECHTIMES.com All rights reserved. Do not reproduce without permission.